It seemed like a good idea at the time. The family kept a small garden and a few chickens at their country home, so Dad decided that he would raise the family’s Christmas turkey himself. He built a pen in the backyard and fattened up the small bird on a diet of the healthiest grains and water. But Dad’s great culinary dream died the moment the kids named the turkey Butterball. That changed everything. Once they named the turkey, the kids no longer saw dinner but a new friend with feelings and warmth and personality. Dad, we can’t eat Butterball! So on Christmas, while the family feasted on a Tesco frozen nameless turkey, Butterball continued to reside happily in his backyard pen.

On the first day of the year, the class is just a list of student numbers. And some students remain only a number – they stay quietly in the background, say little in class, and do nothing to distinguish themselves. But once the professor or teacher learns a student’s name and begins to associate the name with that student’s own abilities and potential, a new creative dynamic takes place between teacher and student.

We harbour some hard opinions about certain nationalities and cultures until we meet someone of that ethnicity, race or religion. Then the stereotype collapses and we see a human being just like us, with the same hopes and dreams and loves as we have. Our perspective is transformed when we meet and learn another’s name – he or she is then no longer a label or number or function, but a real human being.

To know another’s name is the beginning of a relationship of love and trust and responsibility. In today’s Gospel, the “voice” of God is heard identifying this Jesus as “my beloved Son, with whom I am well pleased.” ln our own baptisms, we embrace that same identity – we are given not just the name by which we will be addressed, but we are also given the name of Christ, That name is both a dignity and a responsibility. The baptism we received, however many years ago, was not a singular milestone or naming ceremony but an ongoing commitment that continues every day of our journey to the dwelling place of God.

Today begins the work of Christmas: On the banks of the Jordan, Jesus begins his ministry of reconciliation and peace. In our own baptisms, we took on that same work of reconciliation. True discipleship is rooted not in fear of God’s vengeance but in gratitude for the love of God we have experienced in our own lives and in responding to that love with our own poor attempts to mirror that love for others. To believe, to possess real faith, is to readily take on the work of reconciliation revealed at Christmas and now entrusted by God to us, his people of the second Advent. 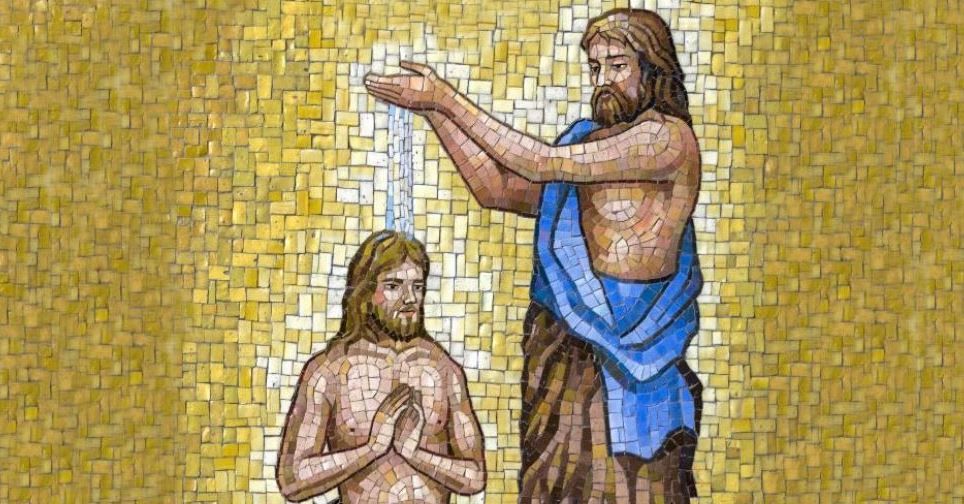 On this feast of the Lord’s Baptism, let us celebrate the name of Christ we took on in the waters of our own baptisms and recommit ourselves to the work of being disciples of the Jesus of the Gospel of justice, reconciliation and servant-hood.