An American Maryknoll sister was working in the missions of South Sudan. The village where she lived with another nun was caught in the crossfire of the never-ending civil war in that  country.

After another bombing in the area, the two sisters sat under the trees with about 12 women for prayer and Scripture study. Sister Theresa Baldini writes in Maryknoll Magazine: 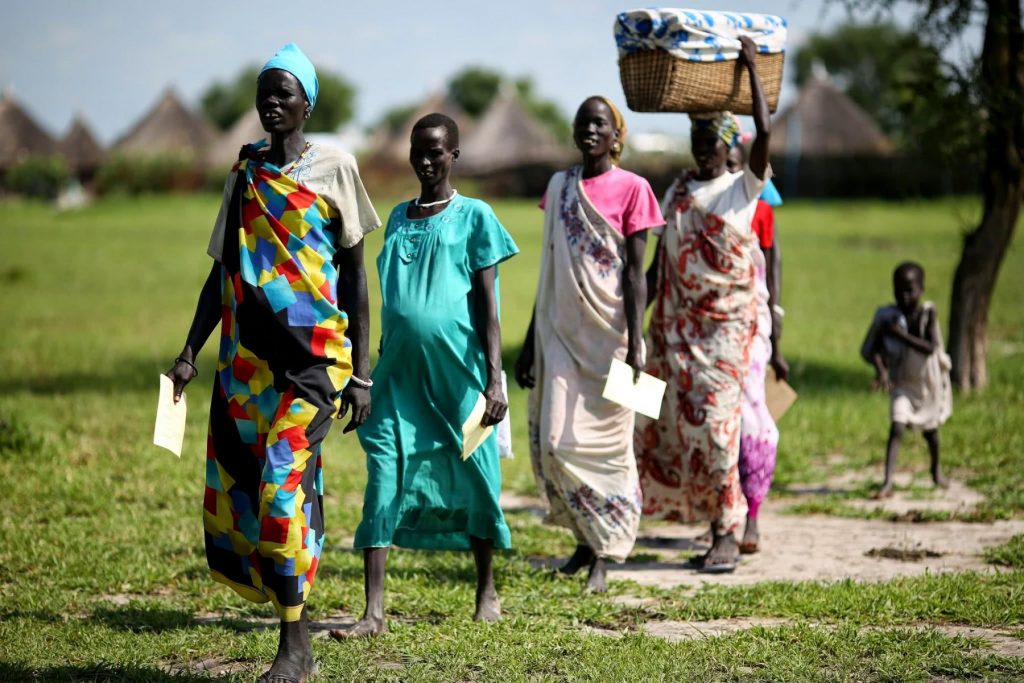 “We used the Scripture . . . from Luke’s Gospel, chapter 6, where Jesus says to love our enemies. I asked the group how we would describe an enemy. Most of the women said that their enemy was the Khartoum fundamentalist Muslim government soldiers who were bombing them.

“Then one woman said: ‘I believe my enemy is someone who has wounded my heart, but whose [own] wounds I do not know.’ She went on to say: ‘Maybe if I can know the person’s story better, especially to know the person’s wounds, and the person can know my wounds, we would not be an enemy to each other.’

“The theology of the Sudanese women,” Sister Theresa writes, “has deepened my faith, compassion and forgiveness.”

The shared experience of war and hardship binds a group of Sudanese women together, creating a community of support and acceptance, of mutual respect and charity. For many of those same reasons, Jesus has brought us together as church: to create a community of compassion, of reconciliation, of charity for one another. What we share is our faith in the Risen Christ; his Spirit of humble and grateful service is what binds us together. In his peace, we are “connected” to one another; in his memory, we are called to mirror the love that he lived and taught.

The night before his death, Jesus leaves his fledgling church the gift of his “peace” – but it is not “peace” as our world understands “peace.” The peace of the Risen One is not the mere absence of hostility or a cease-fire but the long, often frustrating work of creating community: community that is built on respect, selflessness and humility.

As the women of Sudan realize, peace begins in understanding the “wounds” of the other, in opening our own hearts to listen to the story of another’s brokenness and pain.

May we embrace the mind-set that is the peace of Jesus: the constant seeking out of God’s love, justice and mercy; the understanding of our “connectedness” to God and to one another as children of the same God; the awareness of God’s presence in every relationship and decision of our lives.

As we anticipate the dawning of that Spirit at Pentecost, may we renew our Baptismal commitment to one another as the people of God: the community of disciples of the Gospel Jesus, who supports and lifts up one another in our own struggles to live that Gospel of humble and compassionate service.