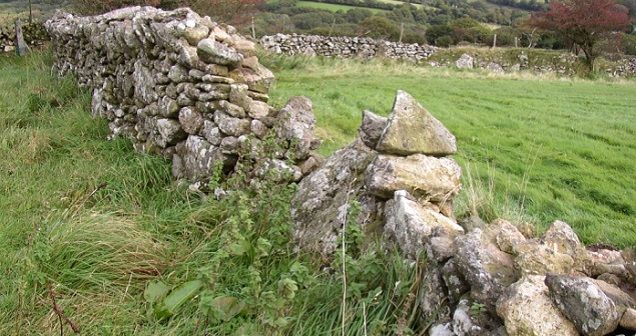 “Something there is that doesn’t love a wall…”

So begins the poem “Mending Wall” by Robert Frost. In the poem, Frost recounts the annual task of repairing the stone wall that separates his property from his neighbour’s land. As they work together, each on his own side replacing the stones that have fallen over the winter, the poet wonders aloud what is the point of the fence:

My apple trees will never get across

And eat the cones under his pine, I tell him.

But Frost challenges the notion:

‘Why do they make good neighbours?

Before I built a wall I’d ask to know

What I was walling in or walling out,

And to whom I was like to give offence.

Something there is that doesn’t love a wall, that wants it down.

An ancient Mongolian proverb says: “Two men in friendship are stronger than walls of stone.” Yet we find comfort in walls, we prefer fences that keep out those who are different, those we don’t understand, those who challenge our belief systems -the Lazarus’s of our time and place. We will erect any barrier necessary that will keep the Lazarus’s far away from us -as if we can somehow “catch” their poverty, as if their pain and want could contaminate our own safe little world. But the Gospel Jesus comes to tear down the walls between rich and poor, between black and white, between men and women, between young and old; he comes to transform a world divided by race and nationality, by hatreds as old as mountains, by divisions as deep as the oceans.

Jesus tells us in today’s gospel that, the honour of worrying -of caring, of easing suffering, of being present -may be the most important gift we can give to one another as human beings. Such compassion that knows neither limit nor condition is the reflection of Christ in our midst; to give of our expertise, talent, time, and resources to bring healing and hope to another mirrors the very love of God. The rich man in today’s Gospel fails to grasp such love: Given so much, he could do so much for the poor around him – yet he is too uncaring and too insensitive even to see the plight of one poor beggar at his gates. Christ calls us to the work of such “worrying” that finds its “honour” not in wealth but in the love and compassion of God that God extends to every one of us.

Today’s Gospel challenges us to remove the blinders from our eyes and hearts and see God in our midst in the poor, the forgotten, the isolated, the marginalized; to behold the dignity of every human being as created in the image of God; to possess the humility that enables us to embrace one another as brothers and sisters, sons and daughters of God.

May we become better “neighbours” to one another by allowing God to transform us in his spirit of compassion; may our homes be enriched by the presence of the Lazarus’s we invite to our tables.