Why would you apologize to the man who murdered your sister?

Jeanne Bishop found herself in that position. Twenty-five years ago, David Biro, then a high school student, murdered Jeanne’s sister, Nancy, her husband, Richard, and their unborn child, in their home; the teenager later bragged to a friend about the killings, which led to his arrest and conviction. David received a mandatory life sentence – but changes to sentencing procedures mandated by the Supreme Court meant David could be eligible for a resentencing hearing.

After a long struggle, Jeanne had forgiven David, said his name, even prayed for him. But Jeanne, a lawyer, had no idea if she could support David’s release.

“How do you know that?” he responded. “You don’t know that. You’ve never even spoken to him.”

Jeanne was stunned. He was right.  Jeanne writes in her book Change of Heart: Justice, Mercy and Making Peace with My Sister’s Killer:

“I had spoken about the murders and forgiveness all over the world . . . I had written articles about forgiving David Biro, given speeches at churches and schools and conferences. But one person I had not told: him. Never once had I communicated my forgiveness to David Biro. I had waited all these years for him to apologize to me. I saw it now with startling clarity: I had to apologize to him, for never telling him that I had forgiven him. I had to go first.”

And so Jeanne did.   In a letter to David Biro, she wrote about how she spoke and wrote publicly about “how I have forgiven you for killing my family members. I never conveyed that forgiveness to you directly; I am sorry for that . . It was wrong to tell other people and not the most important person of all: you . . . ”

David wrote back. Jeanne was so nervous that she asked a friend to read the letter first. “It’s good,” he said, and read the 15-page letter to Jeanne.

“I know that for a long time you and your family have been looking for me to confess to the murders I committed years ago,” David began. “Of course, as you know in the past, I have always maintained my ‘innocence.’ Well, for a lot of reasons which I’ll get into in a little bit, I think the time has come for me to drop the charade and finally be honest. You’re right, I am guilty of killing your sister Nancy, and her husband Richard. I also want to take this opportunity to express my deepest condolences and apologize to you.”

They were words that Jeanne never thought she would hear. “It was beyond anything, I could have asked for – and I knew, even as I heard his apology, that it would not have come if I had not gone first. The time I spent waiting for that apology! That was the price I paid for my coldness toward Biro, for holding myself aloof. I understood for the first time what Jesus was saying to us about apologies: You go first. Don’t wait.

Forgiveness and reconciliation are the cutting edge of the Gospel. In the parable of the prodigal son, Jesus holds up the boy’s father as a model of such forgiveness. The father runs – runs! – to greet his son and embraces him before the boy can get out one word of his carefully-rehearsed speech; the father welcomes his son home with no recriminations, no conditions, no rancour. The father has never lost hope in his son’s return; his love has survived the hurt and anguish of his son’s walking out. 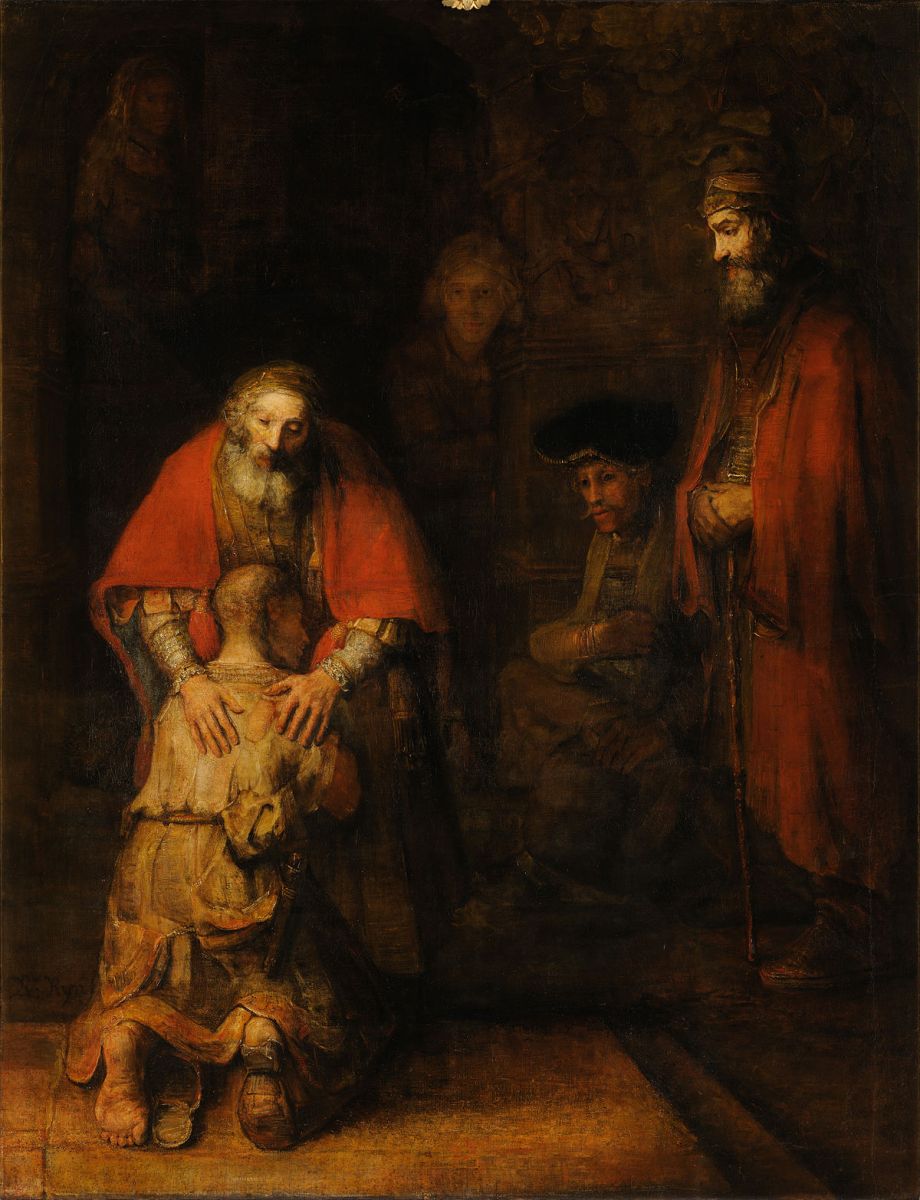 Despite the hurt his irresponsible son has caused, the father takes the first step in the long road to reconciliation that they – including the older brother – will walk together. Only in breaking down the walls of estrangement we erect, only in healing what divides us, only in crossing the chasms that separate us from one another can we dare to call ourselves Disciples of Christ.

The Road by Cormac McCarthy, 2010’s winner of the Pulitzer Prize for fiction, is the dark, compelling story of a father and son fighting for survival in the midst of nuclear winter. Nuclear war has reduced cities to ashes. . . .