A deadly plague was spreading throughout the northeast regions of China. Within four months, 60,000 people died.

Sound familiar? Actually, the year was 1910. The Chinese government recruited one of the best trained physicians in Asia at the time, Dr. Wu Lien-Teh. Dr. Wu had studied infectious diseases in Cambridge University. After performing a series of autopsies, he found a bacterium similar to the one that had caused bubonic plague in the West. Dr. Wu realized immediately that this disease was not transmitted by rats or fleas but by infected droplets humans sneezed and coughed into the air. Dr. Wu designed a face covering based on ventilators from the Victorian era: padding layers of cotton and gauze, with strings so the users could secure it to their head. The mask was simple and inexpensive to produce. 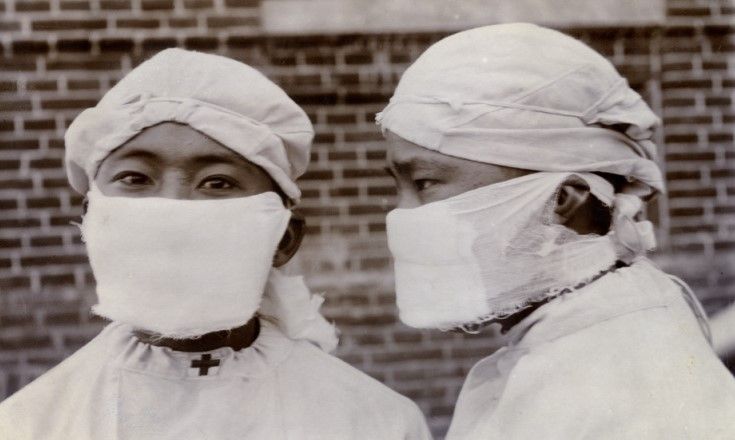 Dr. Wu’s mask was met with scepticism. A French physician was particularly critical of Dr. Wu’s findings and refused to wear the mask – but the doctor soon was infected and died of the disease. His death shocked the Chinese into following Dr. Wu’s advice.

Dr. Wu went on to establish teaching hospitals in epidemiology and public health.

While masks became a political flashpoint in places during the Spanish flu pandemic in the 1920s and more recently with the COVID outbreak, facemasks became a symbol of national pride and modern health care in China that continues today. While this is the first time that most of us are wearing masks (however begrudgingly), the people of China and Southeast Asia have covered their faces during outbreaks of meningitis, cholera and influenza for more than a century.

For the Chinese, masking is viewed as a matter of social responsibility and care for one another.

After a year and half, most of us have had enough of facemasks – but we would think of them much differently if our national experience was like that of the Chinese. Today’s Gospel challenges us to think of things like facemasks as “crosses” we take up in the spirit of Jesus to bring healing and peace to Good Friday brokenness. In some of the hardest words he speaks in the Gospel, Jesus reminds his disciples that real discipleship calls us to “crucify” our own needs and comfort for the good of others; to take on, with humility and gratitude, the demanding role of servant to those in need and distress; to intentionally seek the happiness and fulfilment of those we love regardless of the cost to ourselves. Only in “denying ourselves” in imitation of the servanthood of Christ do we experience the true depth of our faith; only in embracing his compassion and humility in our lives do we enable the Spirit of God to renew and transform our world in God’s life and love.

A deadly plague was spreading throughout the northeast regions of China. Within four months, 60,000 people died. Sound familiar? Actually, the year was 1910. The Chinese government recruited one of the best trained physicians in Asia at the time, Dr. Wu Lien-Teh . . . .