On a Sunday evening a few years ago, a woman named Eva was invited to speak at a program sponsored by several churches, a local synagogue and a mosque. Eva was warm and soft-spoken, kind and gracious. She came to tell her story of surviving the Holocaust.

As she told her story, it was hard to imagine how this woman could be mistreated by anyone. Hers was a normal, safe and secure childhood. She and her family happily lived their Jewish faith in Germany during the first half of the 20th century. Then everything changed with the rise of the Nazi regime.

Eva started to tell about life in the camps — and when she raised her hand to make a gesture, her sleeve dropped a bit and the audience saw it: a number tattooed on her elegant arm. 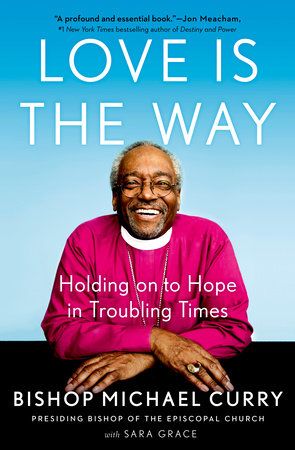 Bishop Michael Curry recounts the moment in his new book Love Is the Way. He writes that seeing the tattoo made him shudder.

“And now that I was truly feeling the horror, my rational mind kept asking how:  How could anyone do such evil to anyone else, to any child of God, to any human being, let alone this gentle creature sitting in front of me. How . . . ?

“ . . . when Eva raised her hand and that sleeve dropped, exposing that tattoo, I was speechless. I had seen pictures, but this was the first time I had seen the numbers up close, on the frail arm of a hand I had gently shaken. It hit me as never before: That tattoo was who and what she was to her captors. A number. A thing. An object. An ‘it.’ That number rendered her an ‘it.’ And when a person, a child of God, my sister, my brother, my sibling become an ‘it’ to society or its members, then the unthinkable becomes thinkable and the horrible possible.”

The reign of Christ begins when we see one another as Christ — not as a “number,” not as a “mark,” not as the means to our own end, not as an “it.” The true value of every human life is the light that God kindles within each one of us; our worth is found in the love of God that our lives reveal to the world. Before God, no one is an “it.” Jesus’ parable in today’s Gospel challenges us to see one another in that light: to look deeper than the externals of race, nationality, culture and language in order to behold the love of God animating the lives of all of us in whom God has breathed his love and life.

An article in The Guardian, on October 2, 2020 tells of an unexpected side effect of this global pandemic. In a normal summer, Alaska’s bays would have been filled with hundreds of cruise ships and whale-watching boats. But this year, instead